The history of the 13th Expeditionary Corps begins on May 27th, 2885, the day its establishment was called for by the imperial senate in order to explore and conquer territories located beyond a recently discovered jump point.

Two months later, the task force was constituted out of an imperial Navy squadron, a Marine battalion and a number of specialized civilians.

On July 29th, 2885, the Expeditionary Corps crossed the jump point and began its mission.

The system of arrival, still merely referred to as AY-21-203, was rich in raw materials and was home to a planet suitable for life. Its axial tilt causing the surface to be swept over permanently by violent storms.

These storms, lifting quantities of dust off the ground were occulting daylight most of the time thus generating winters long and rigorous. In spite of this harsh environment, a biomass made up mainly of resistant moss and crawling insects had managed to develop and the atmosphere proved to be respirable given that one would wear a dust mask at all time to filter particles. 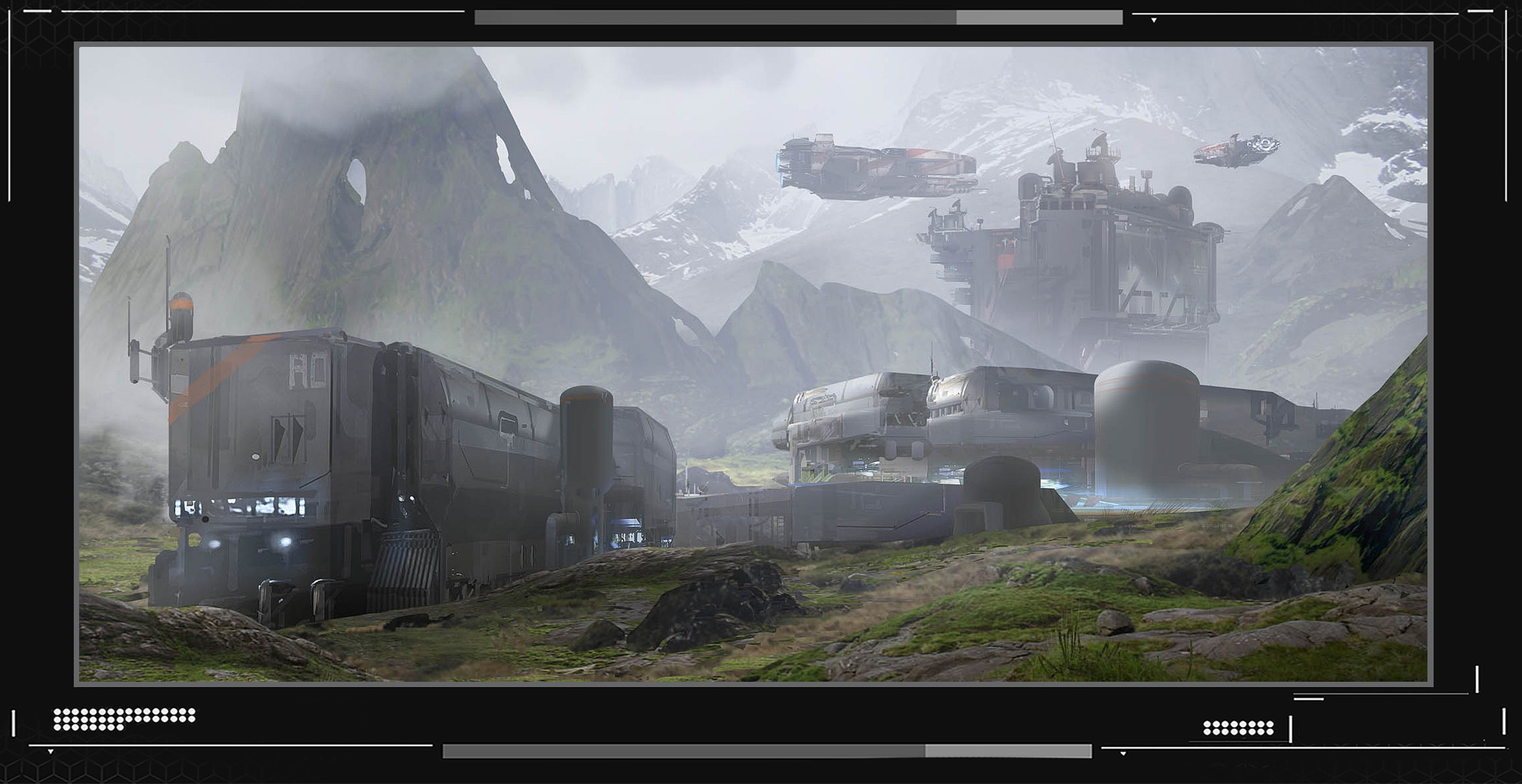 This planet, quickly nicknamed Tempest, became the 13th Corps operational base. Life there was hard but bearable since only temporary.
The task force colonized the system, prospected its mining resources, established the necessary infrastructures to sustain life and support the squadron while seeking possible other jump points. The Empire regularly resupplied Tempest. Until October 6th, 2887. That day the convoy of supplies never arrived. The jump point had vanished.

The sense of shock was unimaginable. This kind of event had not been anticipated as it was regarded as impossible.

In the hope that this phenomenon would be only momentary, a rationing was set up. Days, weeks then months passed by and it became clear that resupply should not be relied upon. From now on the 13th Corps was completely isolated. It had to adapt to the situation.

In the beginning it was though. Many people died, mainly because of drug shortages, some molecules being unavailable could not be synthesized. The already difficult living conditions became practically unbearable. Mutinies were smoldering, particularly among the civilian personnel. 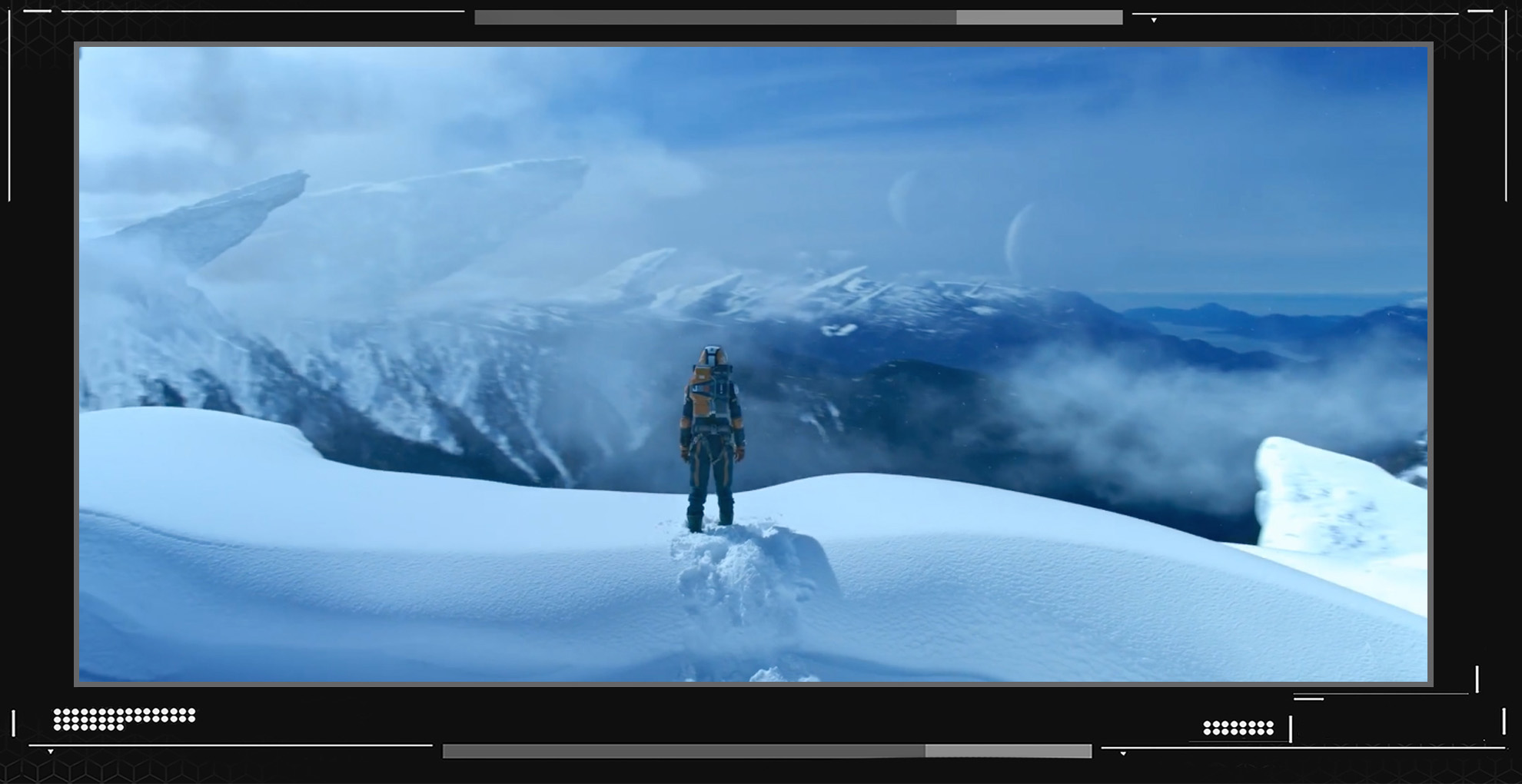 On March 17th, 2888, a new blow dealt by fate struck. Coming from nowhere, a Vanduul raid hit Tempest. Caught off guard by this incursion the squadron was unable to completely push back the attackers out of orbit and several Vanduul units had to be fought on the ground. The raiders were destroyed but the losses undergone by the 13th Corps were high.
This second event was a tough blow but paradoxically it brought hope:
If the Vanduul had been able to fly into the system, a jump point must be there somewhere and through it probably a way leading back to the Empire.

This thought had a tremendous effect and the whole personnel started to focus once again on the tasks ahead. In less than 6 months the 13th Corps became completely autonomous. Manufacturing its own fuel, its own ammunitions, customizing vessels and armament to meet the requirements. Many things had to be rediscovered, invented or modified. Only the laws and regulations did not change, as well as the visceral feeling to serve the Empire even so far removed from it. 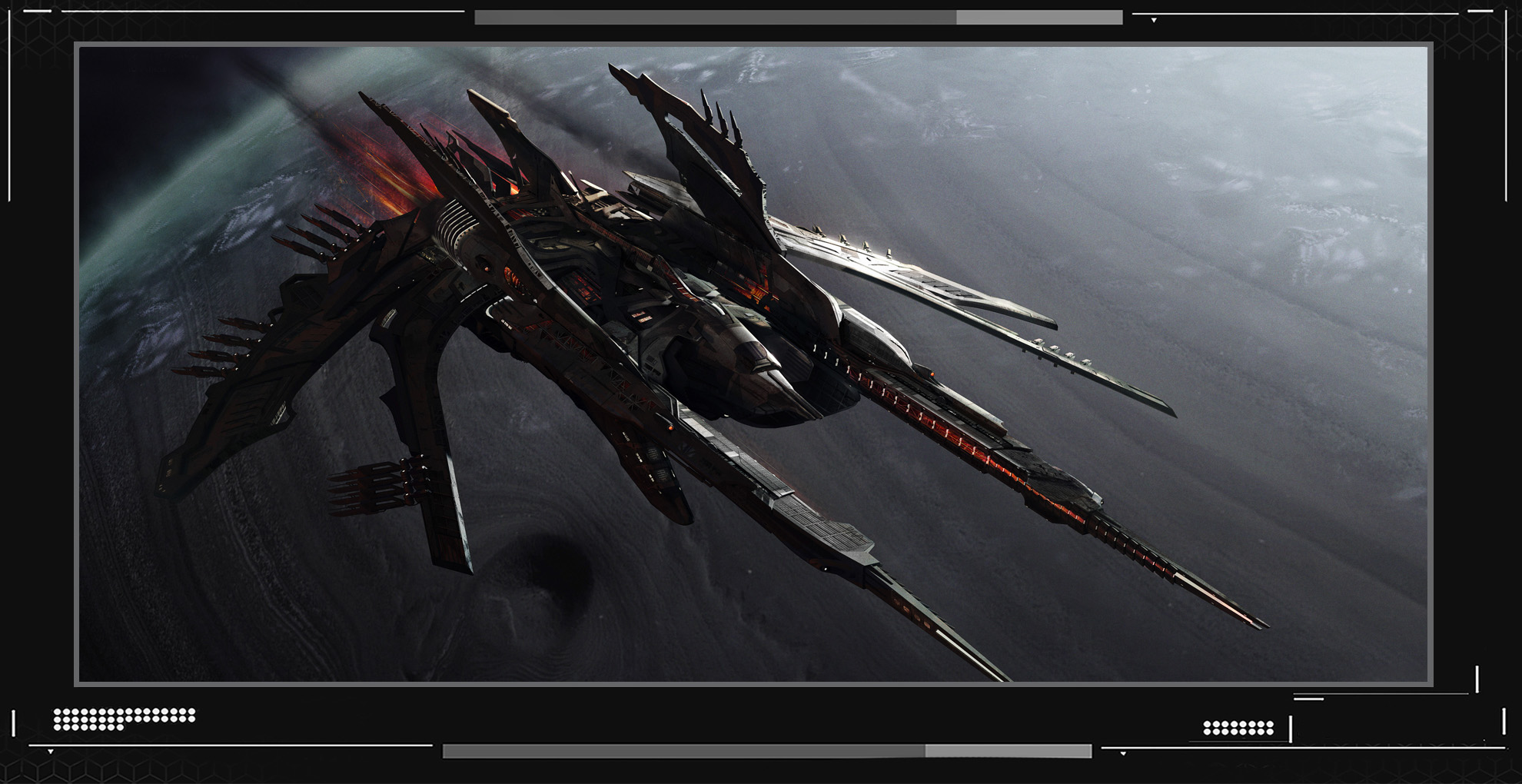 A second Vanduul raid struck. But this time the 13th Corps was prepared and the Vanduul were pushed back. The analysis of their trajectories made it possible to pinpoint the area from where they had come from and the jump point was finaly discovered 3 months later. It led to a binary star system whose single rock planet had been inhabited by a pre-spatial civilisation. Unsurprisingly it had been destroyed long ago by the Vanduul and nothing but ruins remained. The 13th established an outpost there and all the useful natural resources were exploited. 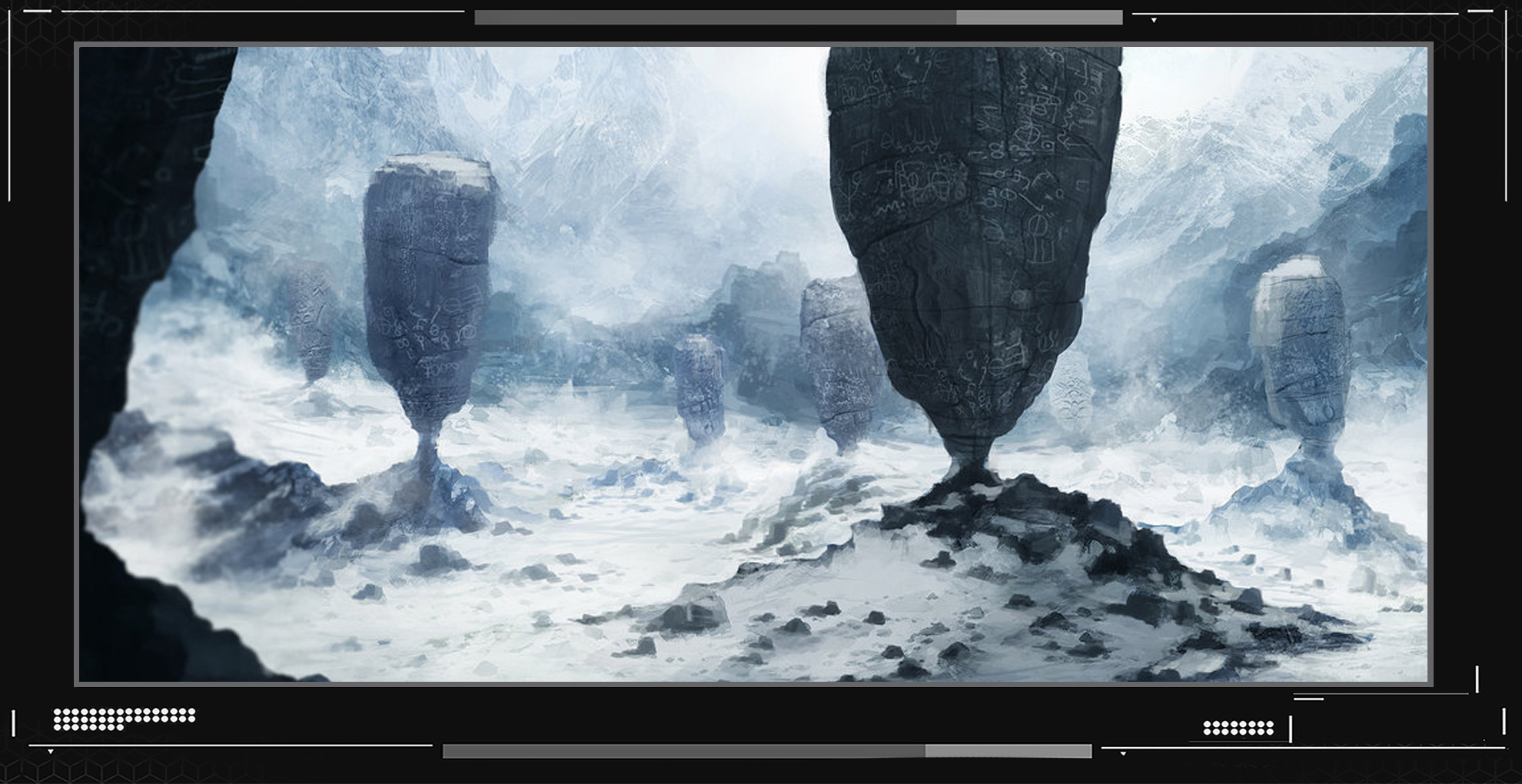 It quickly became obvious that the Vanduul would not cease their attacks. Moreover, if they were to notice the state of isolation the 13th Corps was stuck in they would probably not hesitate to launch all their available forces against it. An ambitious plan of deception was then set up to conceal the Corps state of affairs. Ships were regularly renamed, their shape modified using all sorts of artifices. Fake logistic convoys were organized. Nobody knew where or when the Vanduul would spy on, therefore these stratagems became permanent rituals. It was of utmost importance to trick the Vanduul into thinking that they were dealing with all the might of the Empire rather than with a single isolated vanguard.
And it worked, for 53 years…

53 years during which the 13th Corps gradually became a kind of independent nation, conquering three systems and defending them at all costs against the never-ending Vanduul raids. All in the name of the Empire, but first and foremost for the 13th.

Thanks to hyperactive procreation and proactive education policies, the second generation of officers, crew members, marines and scientists had taken over their elders. A small but fully militarized nation was born.
Still loyal to the Empire but first of all to itself, its traditions, its dead. 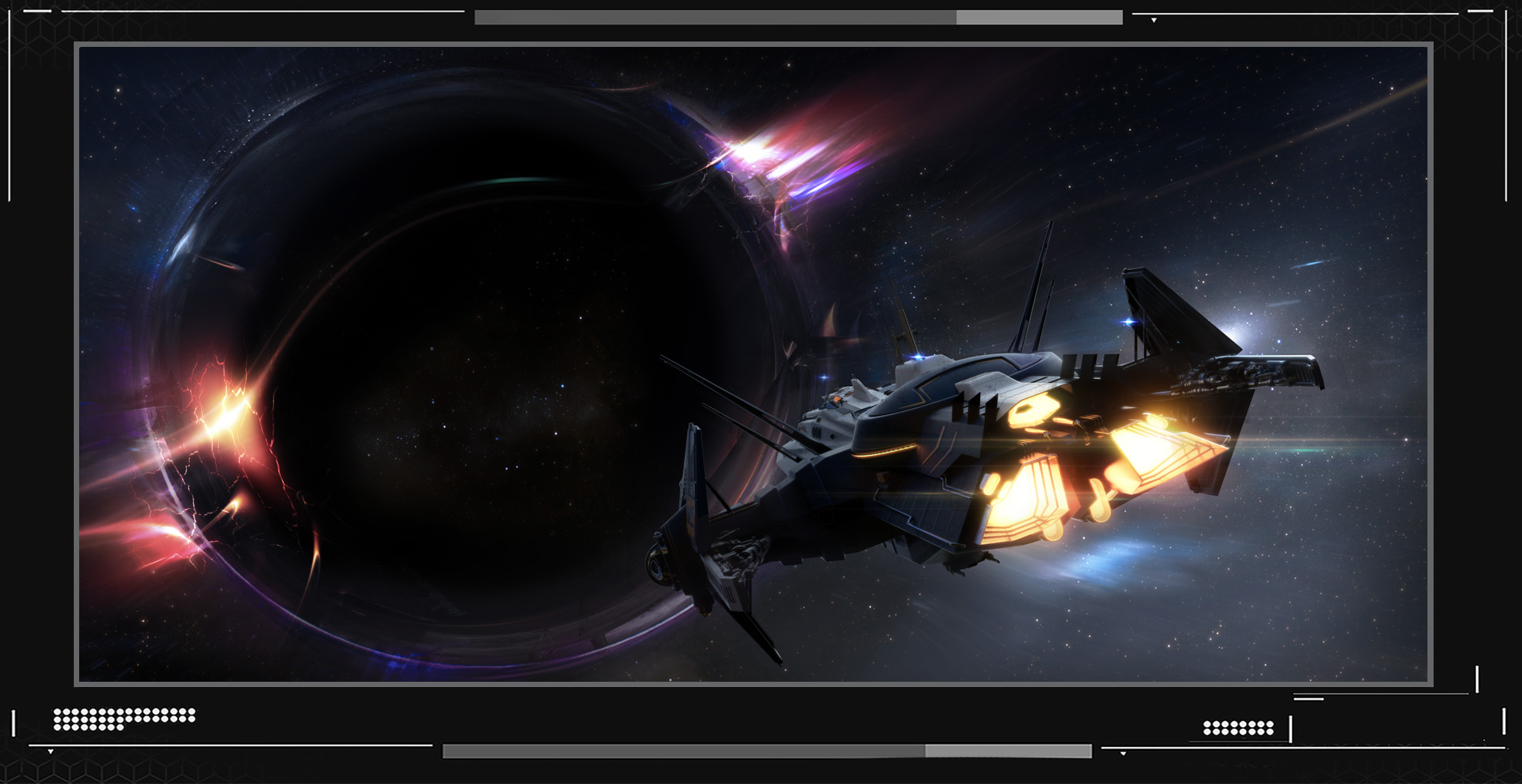 On March 11th, 2942, destiny struck once more. The sentinel spacecraft left back to guard the ancient jump point location from which the 13th first arrived in AY-21-203 was reporting its gradual reappearence.

This event, which no one was expecting anymore, had provoked rather more stupefaction than joy. The news came about on the eve of a major Vanduul offensive, an imminent threat according to the Corps scouts. To organize a grand evacuation back to the Empire would jeopardize all of the defense systems. Besides, analyses showed that although the jump point was still growing, its expansion was already slowing down and it would apparently not be possible for the largest vessels to pass through. Furthermore, scientist teams estimated that this reopening would be only temporary and potentially brief.

Thus, after having analyzed the strategic situation and in spite of their attachment to the three systems, in spite of the years of struggle, the dead friends and relatives, despite all the sacrifices made so far the XIIIth Command ordered a general evacuation. In haste, the whole of the XIIIth Expeditionary Corps prepared for the return journey. For the sake of the livings, to offer a better future to their children they returned to that Empire to which they had sworn allegiance despite the fact that most of them never had any form of contact with it. Ships and equipments that couldn’t be taken away were scuttled. The insrastructures were destroyed. 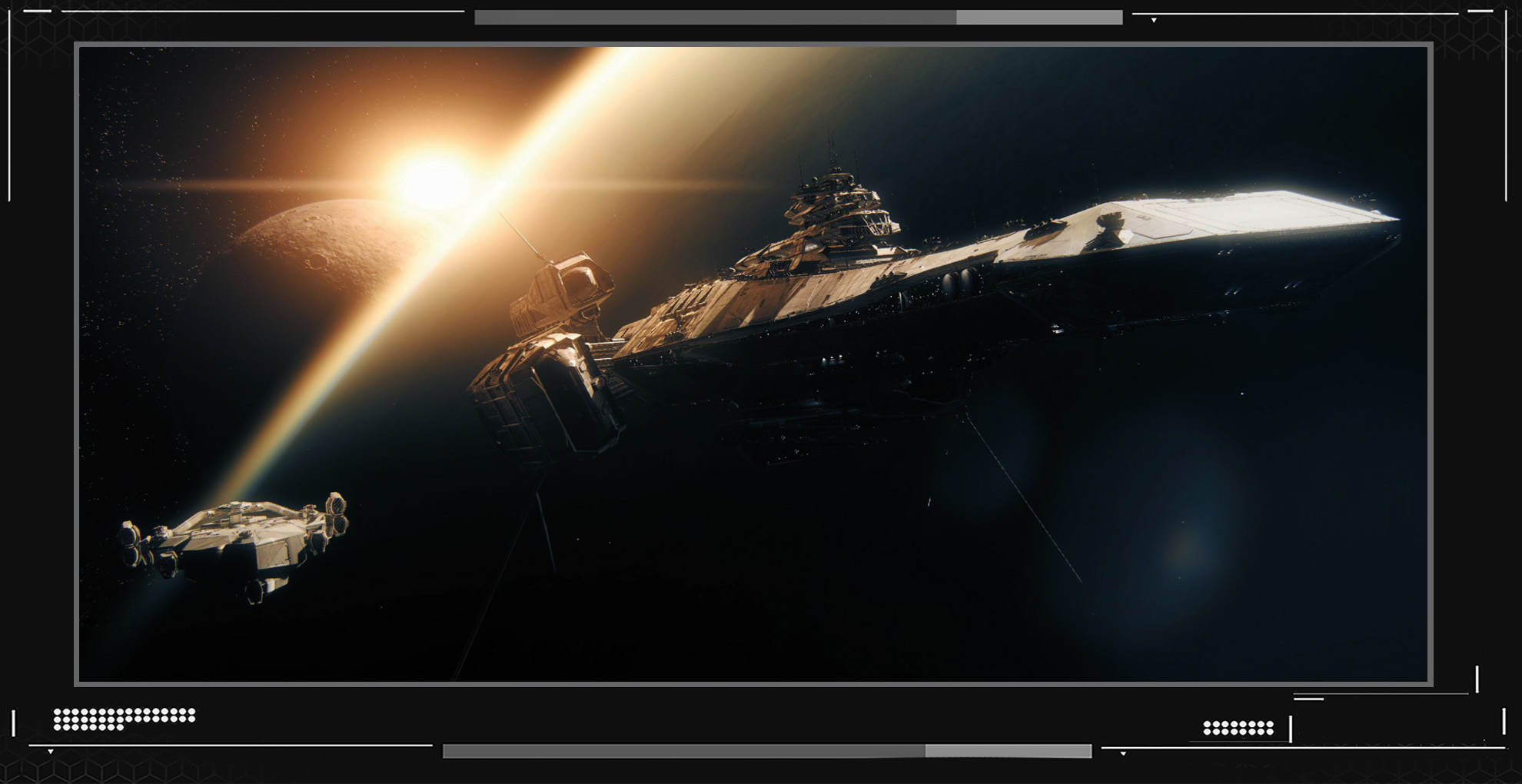 On March 14th, 2942, a space cargo liner crossing the system [Classified] saw appearing on its screens a fleet of tens of obsolete warships whose transponders had emitted UEEN identification codes invalidated for more than 50 years.
An emergency call was immediatly made to the local security forces which, in turn, called upon the sectoral forces of the imperial Navy. 4 days later, the jump point had disappeared again, as the scientists had predicted.

The resumption of contact proved complicated and was tinted with incredulity and fear. The « 13th survivors » had nothing in common with those who had left the imperial territory 57 years earlier, indeed, they were their offspring.

None of the Corps officers were listed within the Marines or the Navy. Their vessels had been repaired and modified so many times that they did not match their profile of origin any longer.
The way they were being treated was not what they had hoped for. The imperial authorities did recognize neither the citizenship of the “survivors of the 13th” nor the affiliations and ranks of its military personnel. Genetic analyses were required to prove their family ties. 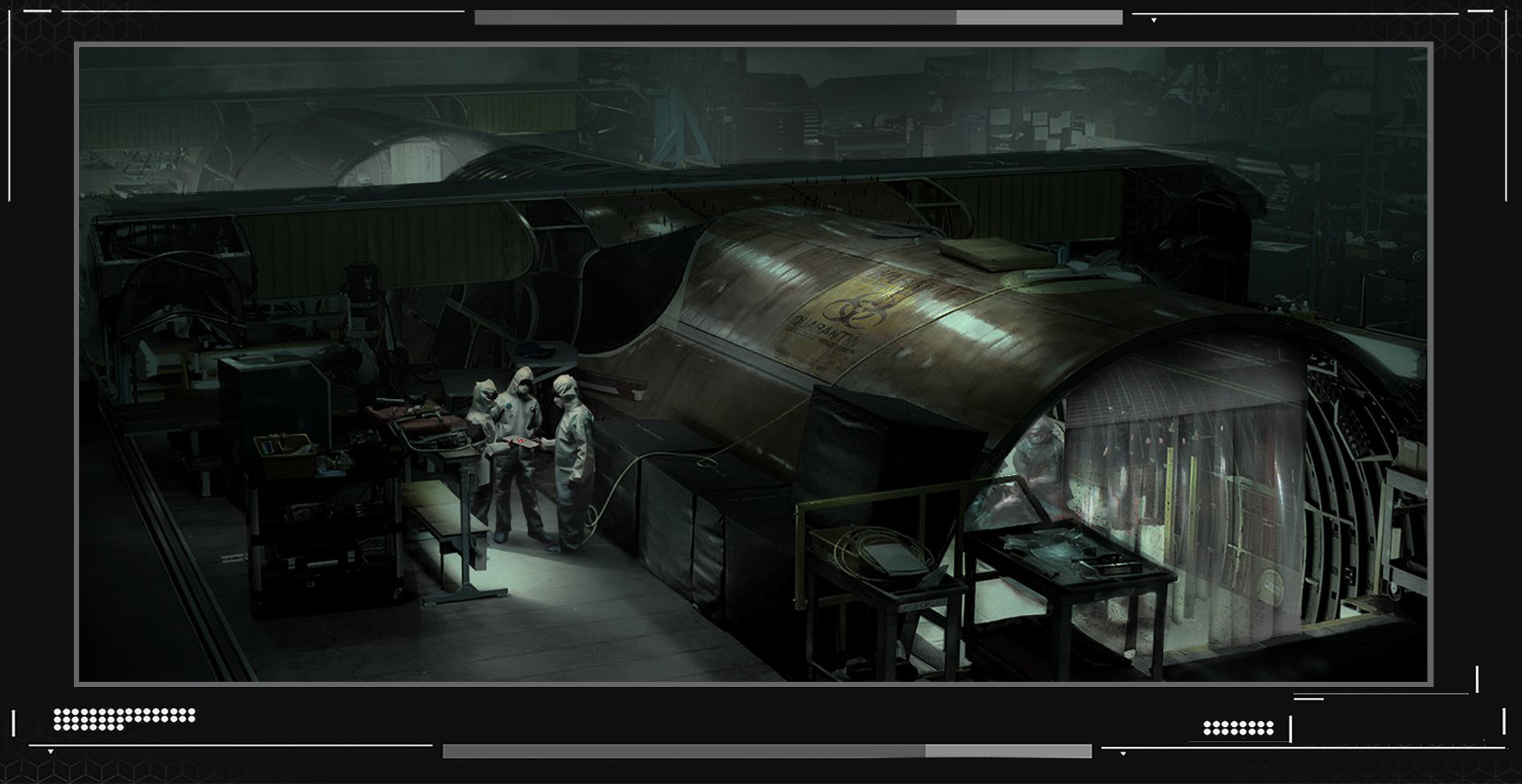 Incomprehension and anger seized many of the survivors who had sacrificed so much for this Empire that was now crushing them under all the weight of its bureaucracy thus denying them the recognition they thought they deserved.

The “immigration” process, such was the word employed on the forms, took several months during which the members of the XIIIth had to wait in a migrant center, referred to by the temporary title of « refugees ».

A sense of humiliation was running high among the Corps.

However, the situation took a dramatic turn thanks to a new twist of fate:
About 60 years earlier a certain Eisaku Takagi had created a small company of electronics on Saisei, in the Centauri system. 9 years later, this company deposited a patent which revolutionized the systems of subspace transmissions that enabled Takagi Corp to become an important company in the telecommunication sector.

20 years later, it had become a Keiretsu, huge conglomerate present in many branches of industry, especially in the telecommunications, the security but also a very particular field, that of the “Combat Systems Management”, in which it had signed with the imperial Navy what specialists on the matter regard as the contract of the century.

This only 2 years prior to the return of the « survivor of the 13th ».

Providence had so willed that one of the senior officers among the survivors was Eisaku Takagi’s grandson and his only next of kin still alive. Takagi had died a few months earlier. After a short legal battle, his grandson was recognized as the sole owner of the Takagi Corporation.

Whatever really happened, the citizenship of the whole of the “survivors of the XIIIth Corps” was officially recognized as well as their ranks within the imperial armed forces.
However, the XIIIth military personnel was demobilized, some of them were officialy authorized to re-use « The XIIIth Expeditionary Corps » as a brand name for a newly established private military company.

This PMC, heir of the history, the traditions and the team spirit of XIIIth perpetuates those from now on within the UEE. The legal status of private military company cannot occult the fact that the heart and soul of the XIIIth task force goes on living and that the Corps still behaves as it always did: As a military unit with relentless determination and infallible solidarity rather than as a private company strictly driven by financial gains.